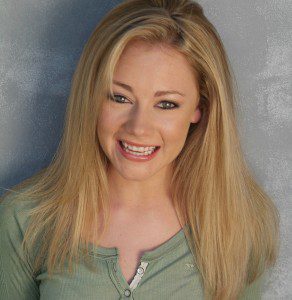 [EndDD.org, a project of the Casey Feldman Foundation, was established as the result of the tragic death of Casey Feldman].

Casey died on July 17, 2009, hours after being struck by a van in a crosswalk during daylight hours when on her way to a summer job as a waitress in Ocean City, N.J. She was 21 years old and ready to enter her senior year at Fordham University in NYC.  The intersection was  governed by 4-way stop signs in an area where the speed limit was just 25 mph. Casey was 3/4 of the way across the intersection when struck.  The 58-year old driver claimed he never saw her. He was distracted by reaching for his GPS while holding an iced tea. 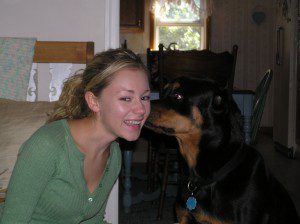 Casey was born April 6, 1988, the daughter of Joel Feldman and Dianne Anderson and the sister of Brett Feldman. She was raised in Springfield (Delaware County), Pa. and graduated from Springfield High School in 2006. An honors student, Feldman was multi-talented, acting in theater productions and singing in the chorus. She also poured her energy into writing and journalism, anchoring the school’s news program, writing and editing the school newspaper and serving as senior editor of the yearbook. In addition, Casey was the lead critic from Springfield High School for the Greater Philadelphia Region Cappies, a theater review and writing program. Casey  also graduated from the News Studies internship program at KYW News Radio and completed an internship at CBS Channel 3 Television News during her high school years. She earned the Pennsylvania National Merit Commended Student award, was a member of Springfield High School 800 Club for having achieved a perfect score of 800 on the Verbal section of the SAT, and was an award recipient in the National Language Arts Olympiad, among other academic distinctions.

Casey was also an accomplished equestrian and former horse owner who won many awards through competing in the Chester County Horse Show Association. 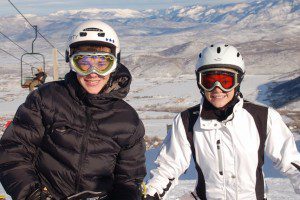 Frank McKnight, principal of Springfield High School and Feldman’s fifth grade teacher, said, “Casey was a wonderful person overall, and she had so many friends because she was genuinely kind to everyone”. 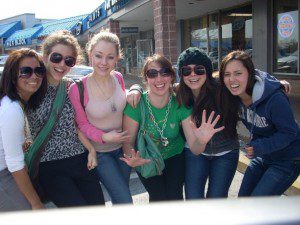 Soon after arriving at Fordham, where Casey majored in communication and media studies, she joined The Observer, the newspaper at the Manhattan campus, getting her first news bylines as a freshman, becoming an assistant news editor as a sophomore and news editor as a junior. In June, 2009 she was named a finalist for the 2009 Chandler Award for Student Writer of the Year in Religion, sponsored by the Religion Newswriters Association. During her time at Fordham, Casey  continued to secure internships, earning bylines from AM New York, The News of Delaware County and Philadelphia Style. In the fall of 2009, she was to have begun an internship at NY1, a Manhattan-based television station. “Casey was an enormously talented, endlessly curious and deeply ethical young reporter,” said Elizabeth Stone, a journalism professor at Fordham and faculty adviser to the campus paper.” Casey was one of “my most promising students. Smart and dogged, whimsical and kind, she was going places.” “She knew a good story idea when she saw it, she had her Google alerts in place to make sure she didn’t miss it, and she had the energy and skill to turn a good idea into a publishable article. Casey’s friends knew that her favorite quote was a line of H.L. Mencken’s—’I know of no human being who has a better time than an eager and energetic young reporter.’ And I know of no eager and energetic young reporter who took that more to heart than Casey.” Casey was a compassionate person as well as a highly personable extrovert with a great sense of humor. She loved people, animals and life. She was a photography minor and enjoyed taking photographs of everything. She was a loyal friend and always made an effort to keep in contact with all of her friends, including those from childhood. Casey also loved family and family traditions and took the time to stay closely connected with family as well.

She loved the beach and the mountains as well as the country and the city. According to Casey, in a personal letter written during high school, “I love to travel, and have done so for as long as I can remember. But there will never be a place I feel as passionate about as New York City. There will never be a place in which I feel as alive, inspired, and hopeful about what life has in store for me….” During her time as a student in Manhattan, Casey made time to volunteer at the West End homeless shelter, Momentum Soup Kitchen, and Animal Haven Shelter. They have also established this site, EndDD.org  (End Distracted Driving) to carry the message of the dangers of distracted driving across the country. More than 500,000 people have participated in the EndDD.org presentation.

Casey is part of the U.S. Department of Transportation’s Faces of Distracted Driving series. The video was produced by Casey’s father, Joel, and is the only part of the series that was created by a member of the public.

Click here to go to the Casey Feldman Foundation site to view the video, “Remembering Casey”.