Battling for his own life inspired Brendan Faulkner to save others through EndDD.org talks to students in West Hartford, CT 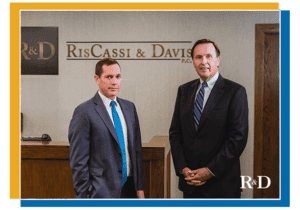 In January 2020, Brendan Faulkner was fighting for his life in the ICU as a result of an emergency department doctor’s carelessness. The life he had built not only as a lawyer and husband, but as a father to three young boys, was jeopardized as he battled a bacterial infection that endangered his brain, organs, and lower limbs, having been sent away from the emergency doctor with a “man-cold” just the day before. Almost two years later, after 46 days in the ICU, five cardiac surgeries, a leg amputation, and a months-long recuperation at a rehabilitation facility, Brendan accomplished another unlikely and unprecedented feat in EndDD history.

In late October, Brendan gave 16 distracted driving presentations within two days in West Hartford, Connecticut, focusing on saving the lives of others after fighting for his very own. More than 1,500 attendees, comprised of kids, teens, and parents, received the message about the dangers of distracted driving, pledging to not only change their own behaviors behind the wheel, but committing to speak up when they see unsafe driving behavior.

Making this accomplishment all the more impressive, Brendan had only given one presentation before his 16-presentation run in West Hartford. After recovering from his near-death experience, Brendan’s outlook on life had completely changed. “I had a lot of time to think about unfinished business and protecting my community. I thought, ‘I’m going to give as many of these talks as I possibly can,’” he explained, “because that’s what I told Joel Feldman I’d do when he came through Connecticut a few years ago training and encouraging other plaintiffs lawyers to join the EndDD.org movement.” Thus, his journey to make EndDD history began.

As an attorney representing plaintiffs involved in medical malpractice, product liability, and automobile crash cases at RisCassi & Davis, Brendan is no stranger to being an advocate for safe driving: “As part of our practice, we see lots of car crashes, and so we see all the time how devastating car crashes are to the families involved. How more and more, they are caused by distraction.” “I take it very seriously, so I was receptive to the message when Joel came to Connecticut and I first learned about this campaign,” he said.

Armed with the firsthand experience of advocating for victims of distracted driving, Brendan was prepared for the challenges that lay ahead: ”I wanted to get in front of as many students in our community as I could, so with COVID restrictions, that meant the back-to-back all-day presentations scheduled on consecutive Fridays on each side of town.” He described the first 2-3 presentations of each day as “completely cold, but you just have to fight through whatever awkwardness there might be,” adding that “it got better as the day went on and as Thomas and I got warmed up.”

Brendan attributed much of his success to the support he received from Thomas Carissimi, a law clerk at RisCassi & Davis, who was with him almost every step of the way. “He was a good sounding board since you can only do so much when you’re on your feet,” he explained. Having Thomas there to give him real-time feedback, Brendan had the support system in place to give him the extra push he needed to tackle presentation after presentation, day after day.

Brendan noted the similarity between the high school presentations to his experiences with jury selection. “It’s the only other circumstance where you go into a room where people are required to be there, and they have to listen to you, and you have to tell them who you are and why you’re talking to them, and why they should pay attention,” he said. “It’s about being ready to deal with that, whether they seem receptive or not,” he continued. In true lawyer fashion, Brendan knew the key to spreading the safe driving message was remaining level-headed and reminding himself — and the audience — of its gravity and importance.

While it was definitely a challenging feat given the scheduling, what made it all worth it was knowing that he was making a difference. “The people I was speaking with at the high schools, the students and the adults that were around, would come up to me after and say how useful they thought it was and how they were going to either change their behavior or plan to say something to their friends who often drive distracted. So that was really gratifying,” he said. In addition, knowing his message could save lives in his home community made it all the more special: “Here, I have three boys who are 13, 11, and 8, and I’ve coached like most of their sports teams over the years. I know all these kids in town and, as a result, all their parents. So I feel strongly about protecting our community and our own kids, and my wife and I have a debt of gratitude to our community for how they were there for us when we needed support.”

Lisa Daly, Health and Physical Education Department Supervisor at West Hartford Public Schools, spoke to the enthusiasm behind his talks, explaining, “Brendan’s passion for this topic and preventing tragedies for young adults is admirable and is visible in his presentation.” She added, “We appreciated him taking the time out of his day to provide this important presentation to our students.”

Walking away from this experience, Brendan is committed to further educating others about the dangers and devastating consequences of distracted driving. Detailing his plan for future presentations, Brendan said, “It’s so preventable, so I’m trying to get in front of every high school student in West Hartford. I have presentations scheduled for December 7th and 9th to the seniors and juniors at Avon Old Farms School, my alma mater, and we’re in the process of getting presentations at other area schools.” With big plans ahead, Brendan emphasized his commitment to reaching teenagers, as they are a critical component to ending the distracted driving epidemic and keeping their communities safer.

“All of us as plaintiffs’ lawyers naturally have to be safety advocates,” Brendan said, encouraging others to join him in the fight against distracted driving. His commitment to spreading the safe driving message is remarkable, and this is just the beginning. As he tackles Connecticut one safety presentation — or eight — at a time, Brendan is saving countless lives and changing the way thousands of people think about their behaviors behind the wheel.  “If I can do eight back-to-back presentations in a day, you can give 1 or 2, I would think,” he added.To join us in the fight against distracted driving, consider becoming an EndDD volunteer speaker. Health care professionals, safety professionals, lawyers, driving instructors, law enforcement, college and high school students are working together to present the only scientifically-based initiative to reduce distracted driving and protect innocent lives. Tragedy can’t be undone, but with the help of people like you, we can certainly avoid it. To sign up as a presenter in your area, simply head to our website and fill out the included form.

How distracted driving affects those who police it